Super Typhoon Yolanda first made landfall in the municipality of Guiuan, Eastern Samar. Almost all the structures within the municipality were left in ruins, and the town remained largely isolated in the first days after the storm. 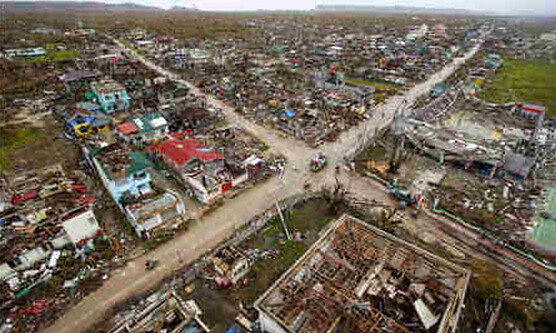 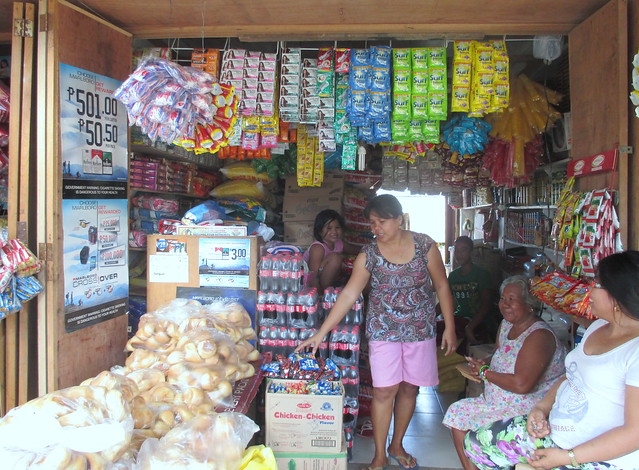 “All the business establishments, even those that were made from concrete. Houses, schools, roads: everything here was affected by Yolanda.”

The town’s La Purisma Conception church, a heritage site considered one of the finest Spanish colonial structures in the Philippines, was also devastated.

Nearby, close to the sea, the local market had also sustained extensive damage.

“In my market stall, all of our products were damaged; they were washed out, and all the debris made their way inside. Looting was also rampant, and some of my products were stolen,” she says. 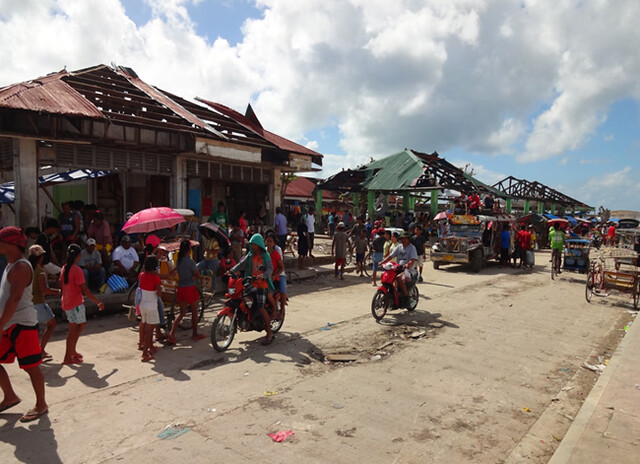 While the public market was under construction, Rosario joined other vendors in building temporary stalls. “We can’t afford to take a break from selling,” she says. “Its our source of living. The market contractor even warned us that we might get hurt during the ongoing construction, so we were extra careful at that time. Still, we needed to survive.”

“I learned of the RAY DILG funding assistance when I saw the billboard,” Rosario says. “Also when Secretary Mar also came to visit us, here in Guiuan.”

Since then, “we’re slowly recovering,” she says. “Almost all our stalls here are functional. The vendors are back again, to do business.” 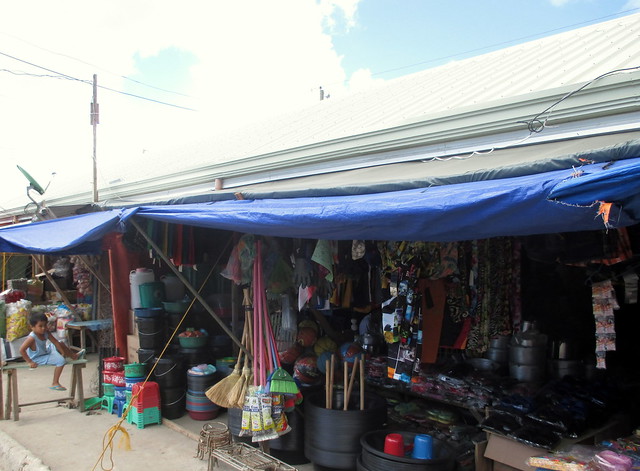 The lessons of Yolanda remain strong, in the minds of many. “When we heard about Typhoon Ruby (Hagupit), we packed our goods without giving it a second thought. Our market and the town proper are beside the sea. Our municipality is facing the Pacific Ocean. Now, everything changed. We are more prepared and cooperative with the local government, especially if we hear about storm warnings.”

“We really never want to experience again the pain and stress that we did during Yolanda,” she adds.