“We thought we were prepared,” Mayor Enrique A. Cabos says, of the days leading up to Super Typhoon Yolanda. 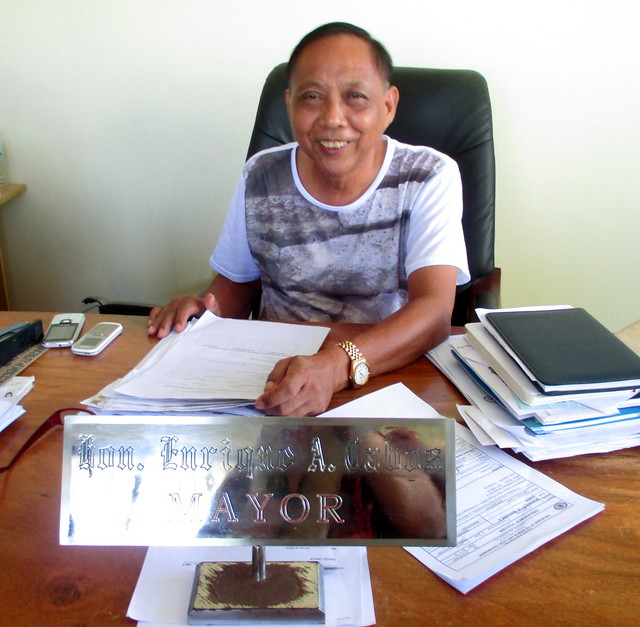 “We’re used to typhoons. We know the feel of them, and how the surrounding ares begin to look as they arrive.”

Yet on November 8, 2013, the weather was fine and clear. “So from our experiences, we simply thought it would not come.”

By some estimates, some 97% of the municipality of Mercedes was destroyed by Typhoon Yolanda. “Even the doors of buildings!” the Mayor exclaims. “We have no idea where Yolanda carried them to.”

Six days later, all the barangays  in the municipalities were again accessible. “I borrowed a back hoe from a mining firm and we cleared the roads. With it, we were able to begin our recovery.”

“But most of all, of course, we’re thankful that there were no casualties,” he adds.

During the disaster, the local municipal hall, particularly the second floor, was badly damaged. “When the roofing was blown off, our documents were all blown away. We could look up and see the rescue helicopters flying above us,” Nicolas C. Saucelo, a local administrative aide remembers. Heavy rains had also stripped the paint from the building’s interior walls. 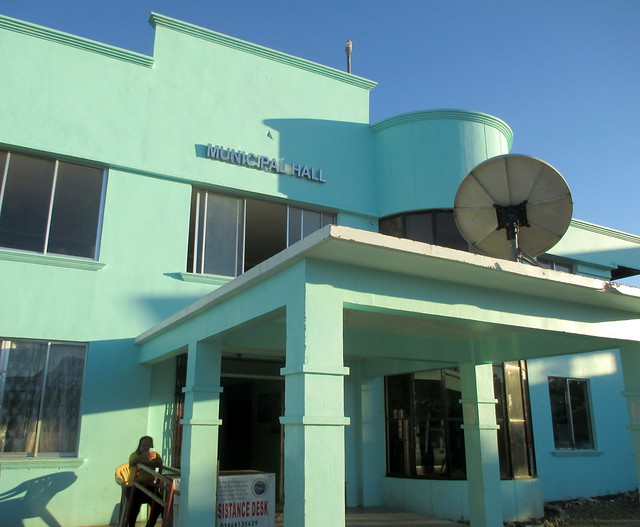 As recovery began, rehabilitation of the municipal hall was deemed a priority. “Since it is the seat of power, when people see it being repaired, it brings about a feeling that we’re returning to normal,” the Mayor explains. “It demonstrates that the government really strived and did its best to uplift the lives of the victims after Yolanda.”

Before Yolanda, the municipal building had at times felt like a hotel, separated into closed-off sections. With support from RAY DILG funds, these partitions were later changed to glass.

“We’re now more visible to our clients and to other employees,” Nicolas says. “Our office really improved since, and now we are more inspired and eager to work. It’s more convenient for us to cater to our clients,” he added.