“Compared to the wind, the rain was not that strong. It started as a whistle, then became a howl. It was terrifying.”

This is how Germi Flynn D. Garfin, municipal engineer from the coastal town of Maydolong, Eastern Samar, describes Yolanda’s onslaught. 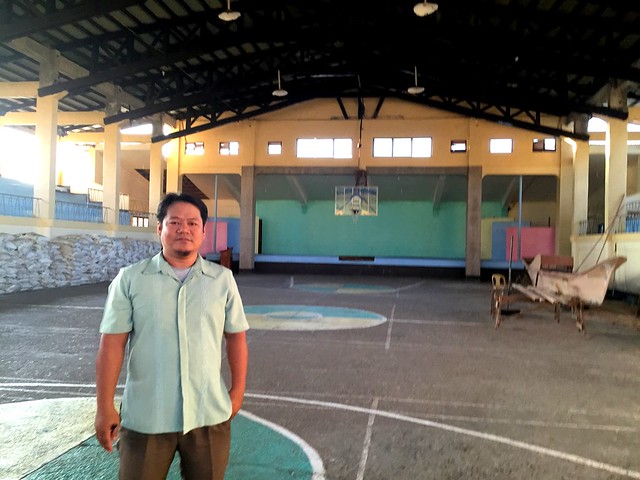 “The strong winds tore off the roofs of the houses, the municipal hall and the civic center. Power lines and trees had been toppled. Debris were everywhere,” he says. “At that moment, it really felt like the end of the world.”

As recovery efforts got underway, RAY DILG funds would later be used to rehabilitate the local civic center.

“The repair of the civic center was important to us because we use it as a multipurpose facility,” Germi says. “It’s used as an evacuation center, a venue for meetings, and for sports events: the repair of the roll-up doors mean that we can also use it as a storage space when needed.

Since it has a seating capacity for 1,000 people, it’s really an important facility in our town,” Germi says.

At the nearby public market, Emma B. Carango- a vendor for more than two decades-explains how the storm was the strongest she had ever experienced.

“It damaged the roll-up doors of the market,” she says.

Yet, with support from RAY DILG, the market was later rehabilitated. “When our doors was repaired, it made us feel safer,” she says. “We don’t need to worry anymore that our things might be stolen at night.” 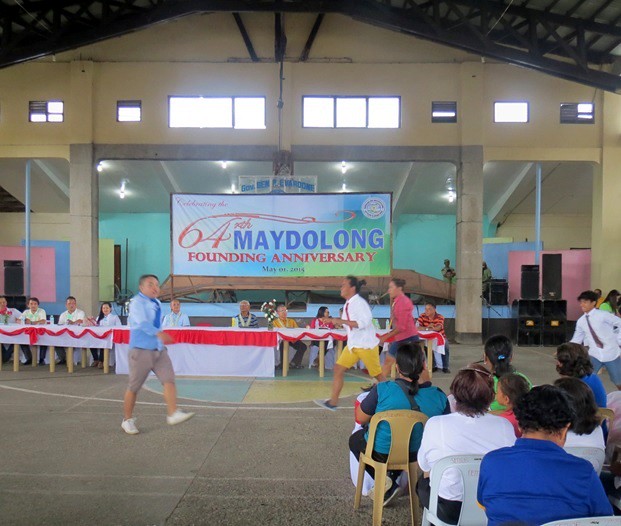 Maydolong residents celebrate the 64th anniversary of the municipality in the rehabilitated civic center- May 2015.

The following year, the municipality would be struck by typhoon Ruby, and face the first serious challenge of disaster preparedness and resilience.

“(Typhoon) Ruby’s rains were stronger, but it was not destructive,” Germi says. Attitudes have since shifted considerably. “Since Yolanda, It was not difficult for us to convince the people to evacuate and prepare. After all, during Yolanda, they witnessed and suffered the worst typhoon our town has ever experienced.”